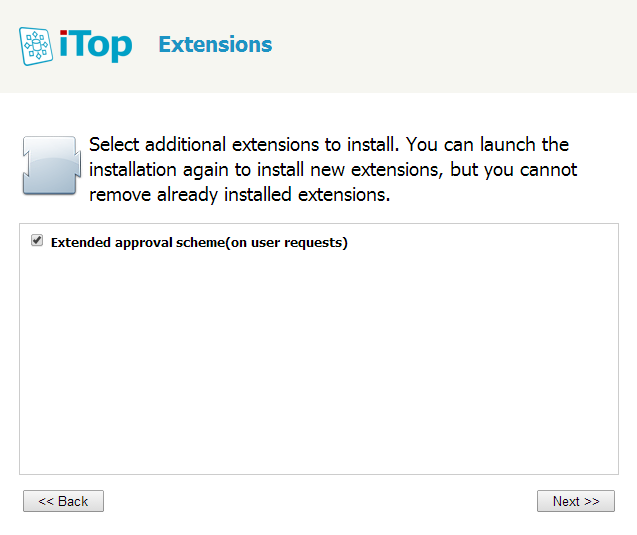 After installing this module, first configure a proper email_sender to ensure a consistent eMail delivery.

The email contains a web link to display the web page to approve or reject the request. The approver does not need to login into iTop (the links contains that information).

Once the approval delay has expired, the approval process terminates. The result (approved or rejected) is then taken in the property Automatically approved if no answer at Level 1/2 of the approval rule. 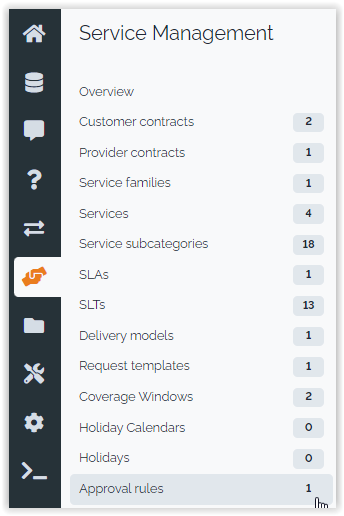 An approval rule is identifier by it name. The coverage window is used to compute the approval delay.

The fields “Approval level1” and “Approval level2” define, via an OQL query, the list of approvers for each approval level. These queries must return elements having an email attribute (e.g. Person or Team). It is possible to use the place holders :this->attribute that make reference to the attributes of the user request.

For instance :this->caller_id for the caller, :this->service_id for the service … All attributes defined in the data model for a service request can be used.

The field “Automatically approved if no answer ” determines if the request will be approved or rejected if there is no answer after the defined delay.

The field “approval delay (hours)” defines the delay in hours for each level of approval. 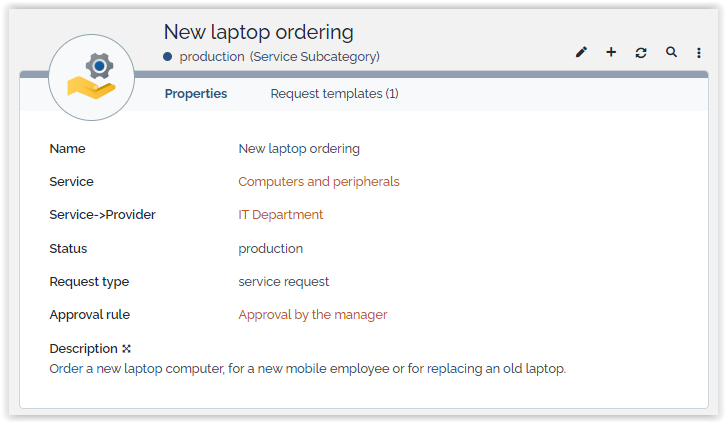 In the above example, the deadline is displayed in bold: 21st of january at 12:47.

The status will be entirely reset anytime the user request enters the state “waiting for approval”.
extensions/approval_extended_1_2.txt · Last modified: 2018/12/19 11:40 (external edit)
Back to top