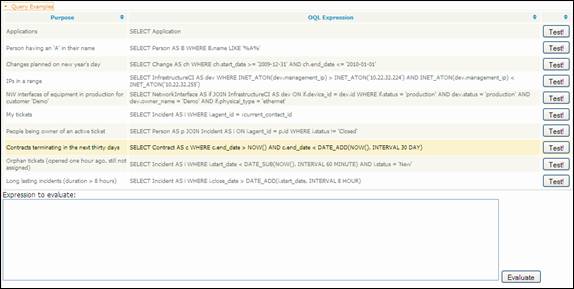 Since the result of the query is displayed as an HTML table, only objects that can be displayed as HTML can be queried by this method. The display of a list of internal iTop objects may cause an error when queried this way.
latest/admin/objects_queries.txt · Last modified: 2020/04/15 15:23 (external edit)
Back to top
Contact us