iTop uses by default the light-grey theme, to specify the look and feel of the Console. We have added a new theme to identify at a glance, your test instances using theme test-red

Those themes can be used to differentiate your iTop test instance from your production environment, as this is defined per instance of iTop.

How to change the theme

If you change the default theme, only users who do not have set a specific theme in their preferences, will get the new default one.
If you uses iTop built in config editor, refresh the page after having saved the theme to see the changes. 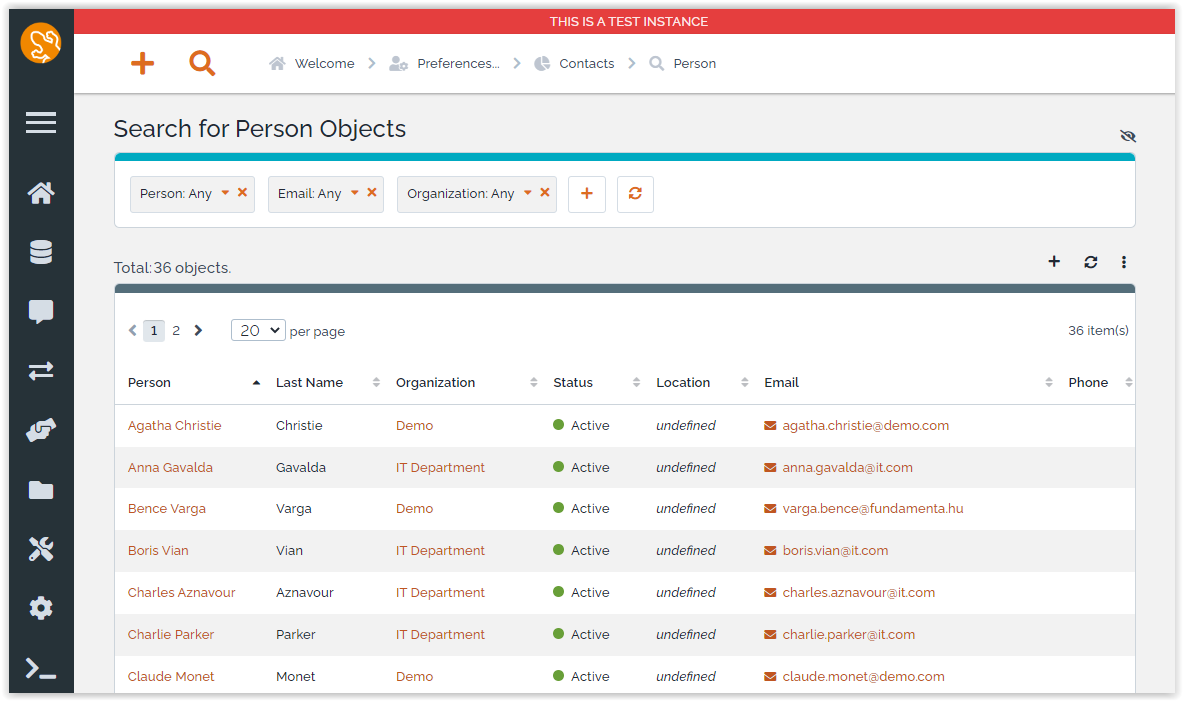 You can modify the Console colors with an extension or for Combodo's customers with the ITSM Designer.

With the 2.7, we have added markup information in some pages (console and portals):

Some of the markup

Added markup on an object details:

Added markup on a field within the details of an object

Added markup on a row within a list of objects

Added markup on a field within a list of objects

With the added Markup HTML, you can write clean code to modify the way objects are displayed in iTop.
Here is an example: Highlight status in Console