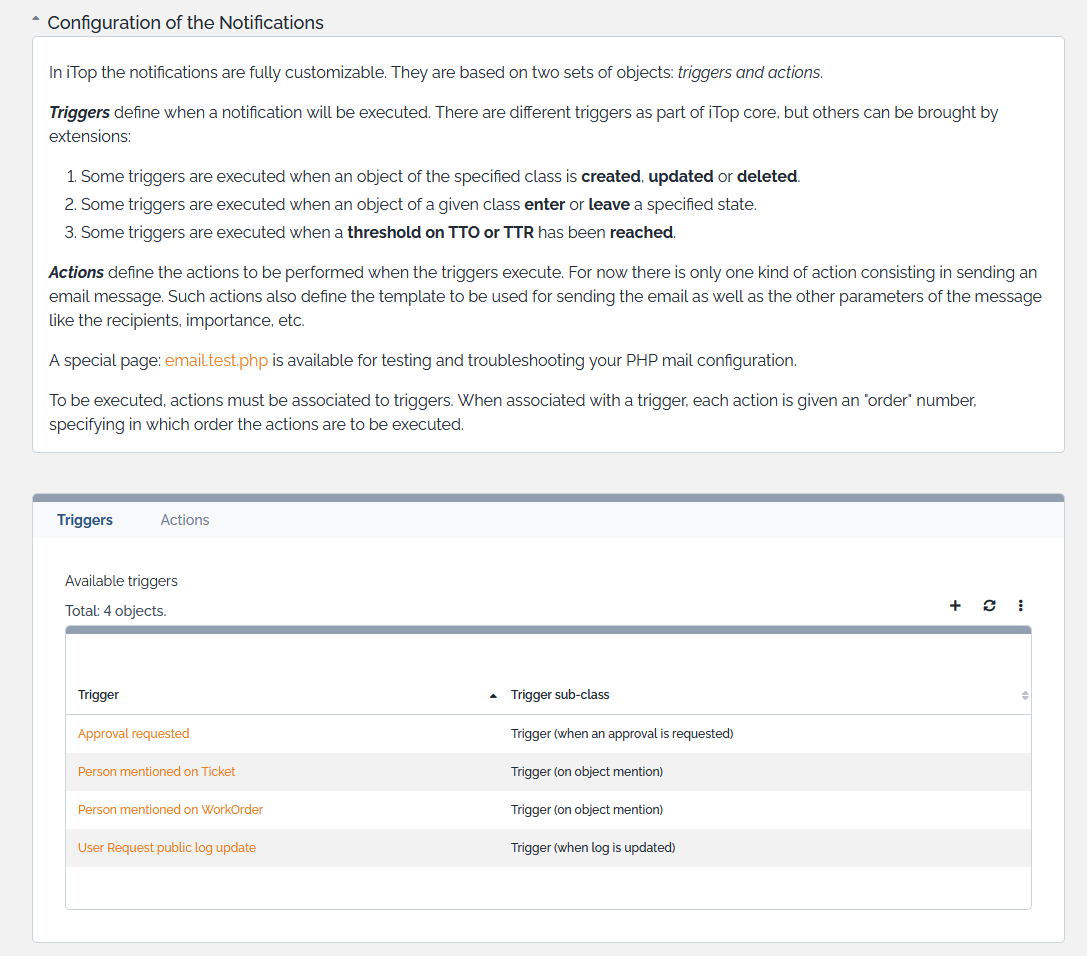 Though there is no 'id' attribute', the placeholder $this->id$ is available to represent the iTop internal identifier.
Link set attributes: the very standard syntax $this->attribute$ returns a list of names (separated by a new line character, see the note below). 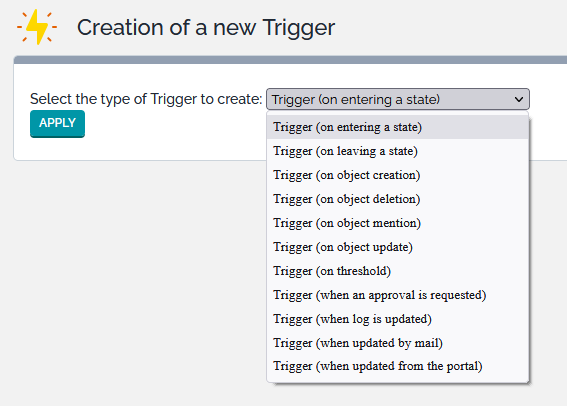 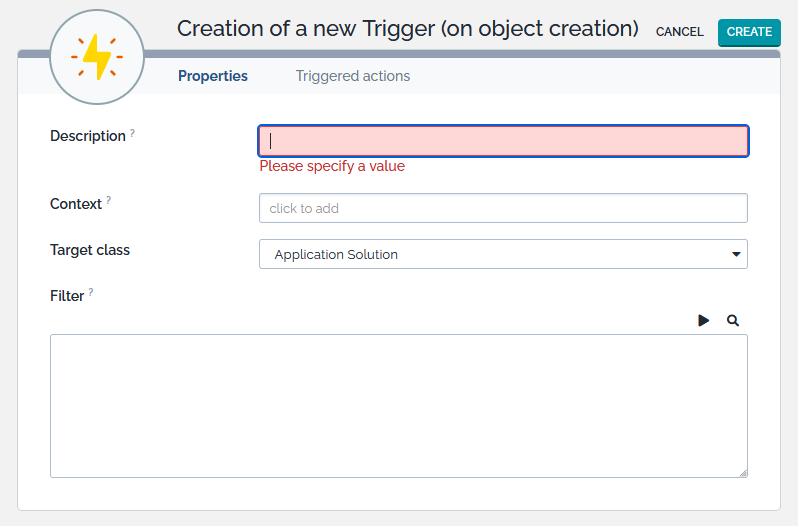 If you rely a lot on notifications, note that a direct SMTP connection using the SMTP transport is generally a bit faster than PHP's built-in mail function (PHPMail), so it may be worth the extra configuration effort.
2_2_0/admin/notifications.txt · Last modified: 2018/12/19 11:40 (external edit)
Back to top