This new attribute allows
a user to:

a configuration manager to:

In Standard Data Model, you can tag a FAQ with multiple domains
Available domains are manageable as any Typology

Other possibilities which might be useful for some organization, but won't be defined as part of the standard Datamodel:

They could be developed as an extension

Basically, a new tab will be displayed on objet having that attribute and that tab will contain a dashboard displaying data specific to that particular objet. 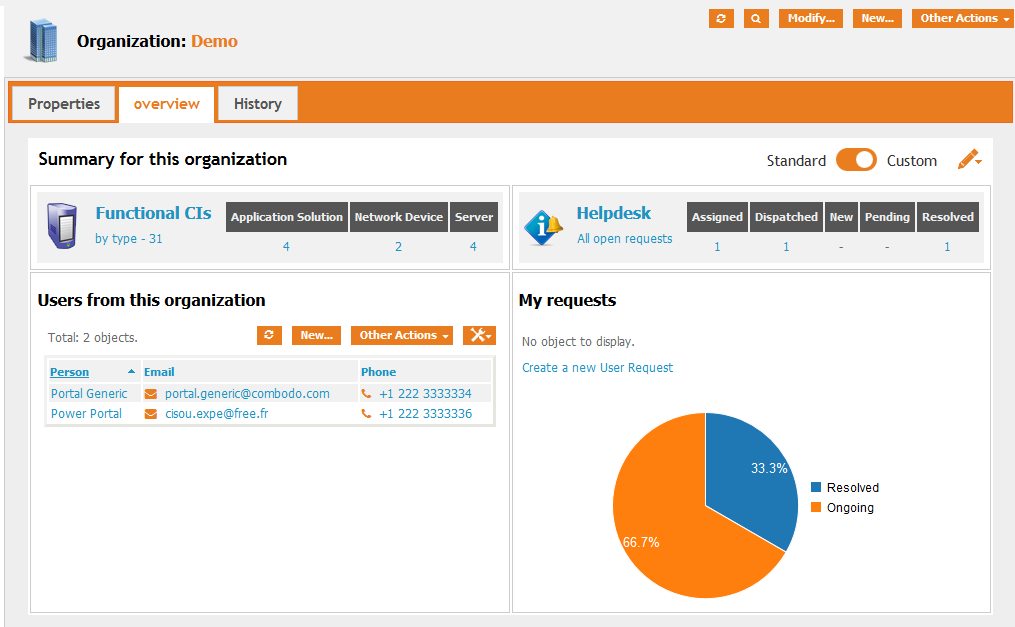 In Dashboard Attribute you can use placeholders like :this->code within the OQL of your dashlets, where code is any field of the object

Example of an OQL within a Dashboard Attribute on Organization class. :

In Standard Data Model: We have added a Dashboard Attribute on Organization class, with a few dashlets:

This new type of Attribute allows to replace many lines of code written to display related objects with special filtering, with multiple lists. Once replaced, their customization is much easier and safer, as it relies on XML instead of PHP, and it can be enhanced as soon as new dashlets are added to your iTop (for example a Calendar View Dashlet).

This Dashboard even if not customizable by the users, will be editable by iTop administrators, who can design and test it with real data, before copying the resulting XML in an extension or in the ITSM Designer as the Dashboard definition.

You can specify on a class, uniqueness rules, to prevent duplicate entries. 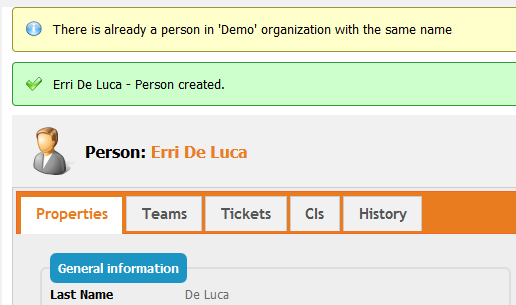 Two new types of Trigger have been added to cover Notification needs on situation such as Update or Delete of an object. For the Update trigger, the list of fields which are monitored for a particular trigger can be specified.

Those triggers are called in all cases of update/deletion, not only when done on the Console and the Portal(s), but also through DataSynchro and API REST.

Be aware that if you set a TriggerOnUpdate on class Team for field members_list,

As for every Trigger, when you specify a filter you can use :this→attribute_code and it contains the value after the change.
In the filter of a TriggerOnDelete the values of the current object can still be tested
If on a TriggerOnUpdate you omit to specify the fields, then any field change will activate the trigger
If on a TriggerOnUpdate you specify two fields, then a change on one or the other will activate the trigger
If the two fileds are modified in the same modification, only one single trigger will be activated
TriggerOnUpdate can be use on Caselog, but we don't recommend it as other triggers exist which brings more values, such as TriggerOnLogUpdate, TriggerOnEmailUpdate and TriggerOnPortalUpdate
Be cautious with Trigger on Update set 'email_asynchronous' ⇒ 'true', in the Configuration File, as a CSV import, a bulk update can generate a lot of emails and impact the performances

Trigger on update is not triggered on those type of Attribute:

Default search criterion defined on the datamodel, are now displayed on top of any prefilled criteria.