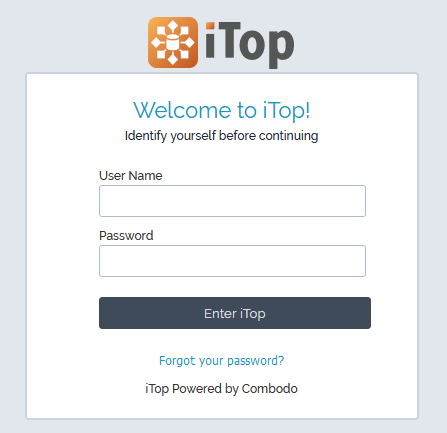 iTop uses the standard mechanism for PHP applications by reading by default the $_SERVER['REMOTE_USER'] server variable . If an “External user” record with the corresponding login is found in the iTop database, this user will become connected to iTop. If no match is found, the next authentication mechanism will be used and the user will prompted to authenticate with iTop.

If your system is using http headers you can as well use the PHP function getallheaders() that return an array of each headers variables.

In order to ensure that the external authentication is used first (preventing iTop from prompting the already authenticated user a second time), make sure that in the iTop configuration file, the order for allowed_login_types specifies “external” as the first login mode, as shown below:
Logout

Since the authentication is entirely delegated, iTop cannot offers a logout mechanism.
For user which were authenticated using the external method, the logout menu entry is hidden. Beware that the iTop session cookie will remain until the browser window is closed !

Then before activating the external authentication, you have to create at least one External user corresponding to a user defined in the .htpasswd file withe the profile “Administrator”.

This is very important as the local authentication in iTop will be deactivated automatically by the apache server.

Then to activate External authentication in iTop you have to set the external option to be the first one in the iTop configuration file.

Once done, you just have to change the configuration of your Apache web server as follow:

This script will return the Server variables as follow: 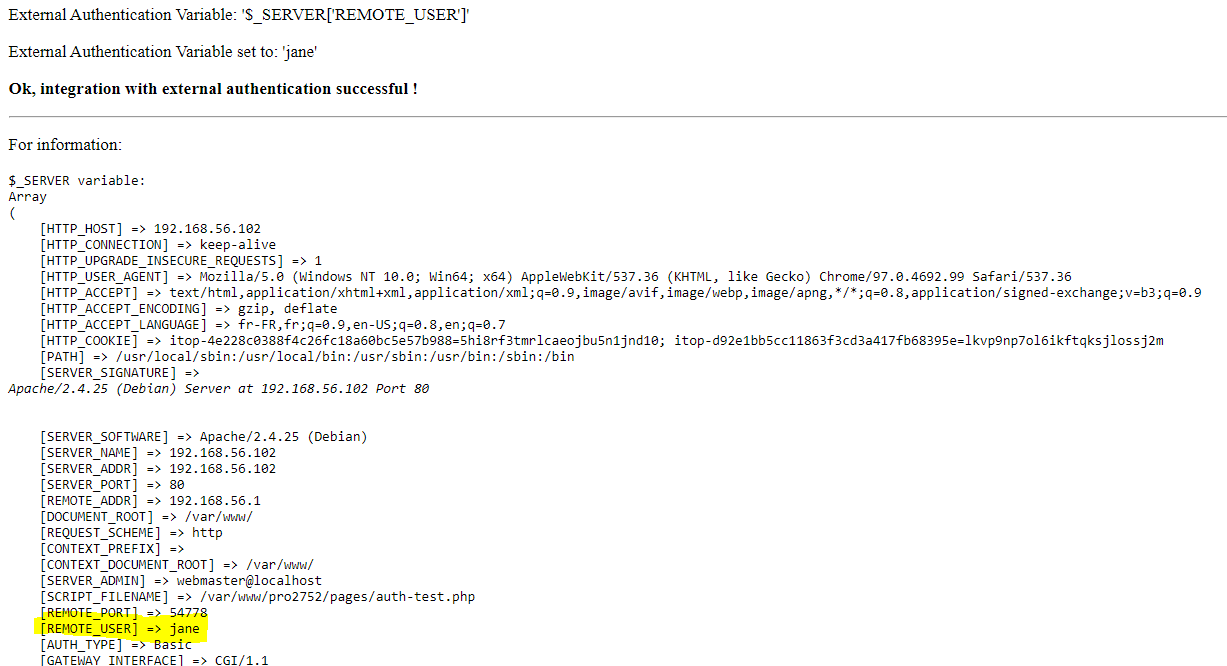 This will help you to identify the variable that define the authenticated user. It has to return the same value as the login stored in .htpasswd file and the login of the corresponding iTop External user

Using such configuration, you cannot use the form mode use by iTop by default. The whole authentication is managed by Apache.

Thus you may encounter difficulties to handle web services calls, but the command line scripts work (cron.php or synchro_import.php) 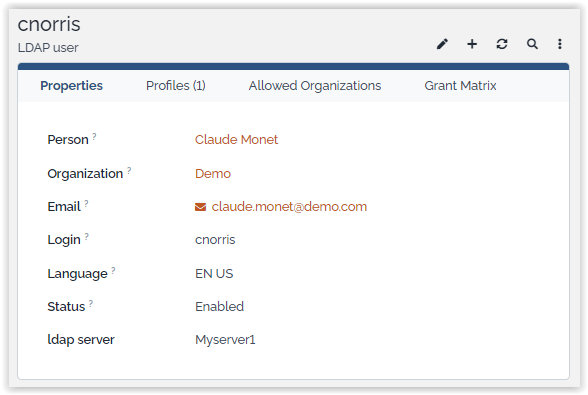 Configure iTop to connect to your CAS server

Install Central Authentication Service on your iTop server to be able to connect to a CAS server.

Once iTop is installed, open the file 'config-itop.php' and add cas to the allowed_login_types:

The configuration is located in the general iTop parameter.

It should looks as shown below:

All the possible parameters are:

Example of a working configuration: