Object defined as obsolete are flagged in the console to make this aspect obvious, by graphical icon and tag. 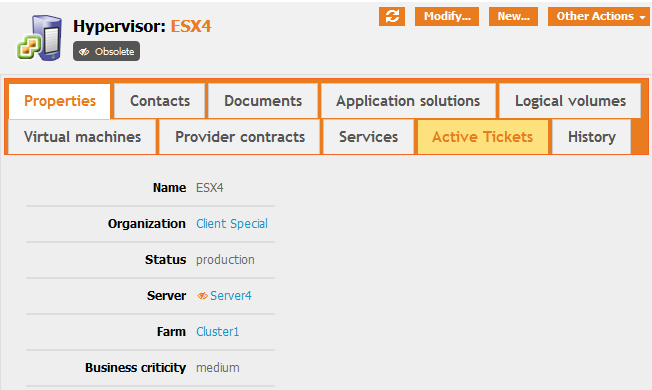 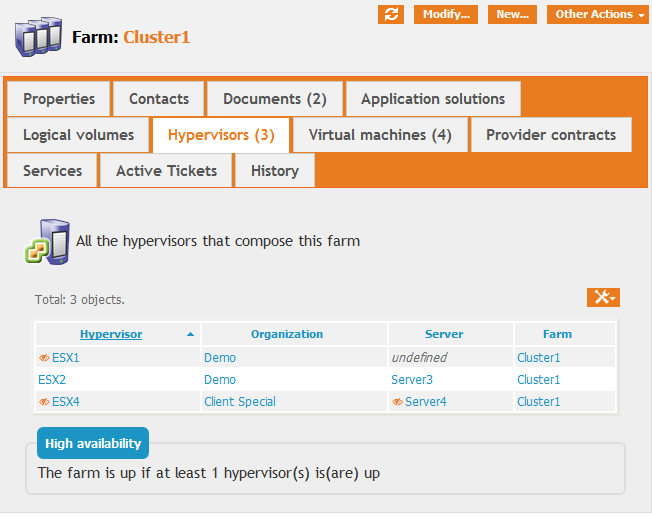 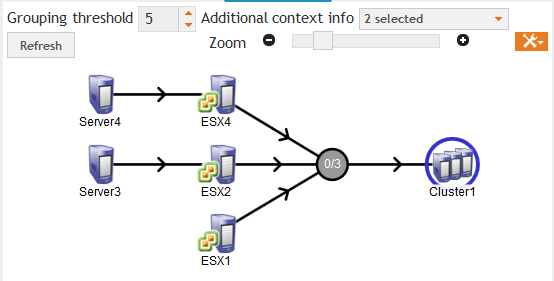 Based on user preference, objects which are defined as obsolete, are removed from displayed lists in the iTop console.

An obsolete object details is displayed regardless of user preference. 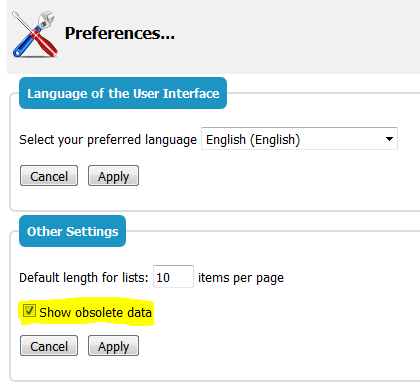 The same Farm as above displayed for a user, requesting to not display obsolete objects: 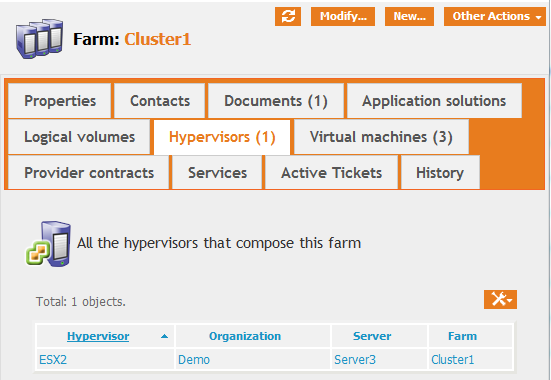 Be cautious with this user preference, it does hide existing objects:

CSV import of obsolete objects is still possible in this mode 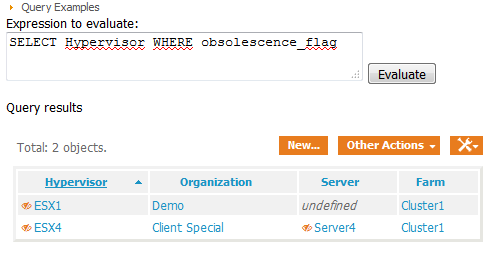 Be cautious to set User Preference show obsolete data before running the query, otherwise the query won't return anything!

The obsolescence_flag field is based on a OQL expression. It is calculated only when reading the object from database. It's not taking into account not-yet-saved object modifications, which should logically affect it.
obsolescence_date won't be documented unless the iTop cron is running.
This is done in background as an asynchronous task
User Portal never takes into account the user preferences, so obsolete data are visible unless filtered by portal scopes

Which objects are Obsolete?

If you want to notify obsolete contacts, be aware that this will fail if the user chose to hide obsolete objects in his preference

On all end-user devices use the same logic defined on Physical Device: status='obsolete'

Since 2.5.0, there is no obsolescence rule on Ticket anymore as it was degrading performance.

For defining your own rules: Define Obsolescence rules