This federation is defined in iTop using “Data Sources” objects. Each data source defines how iTop handles the synchronization of a given type of object from a given source.

The picture below summarizes the information flow from an external data source into iTop.

The on-going process for synchronizing data with iTop is based on the following steps:

To implement a Data Synchronization in iTop follow the steps below:

Of course you can schedule the steps 2 and 3 on a regular basis (hourly, daily or weekly) at will.

An alternative is to use the service synchro_import.php to import the data from a CSV file and synchronize into iTop in one single step.

You can either construct a value the uniquely identifies the “source” object and store this value in the “primary_key” field of the table, or use any combination of the record's field and MySQL's INDEX feature to ensure this uniqueness. 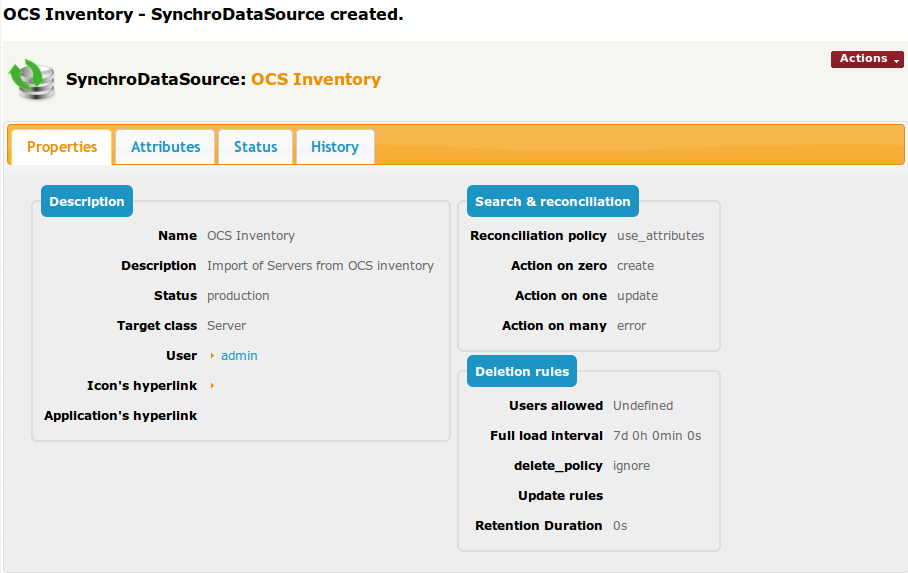 The screenshot below depicts what a synchronized “Server” will look like in iTop. (Notice the “lock” icon in the object's title and the tooltip attached to it). 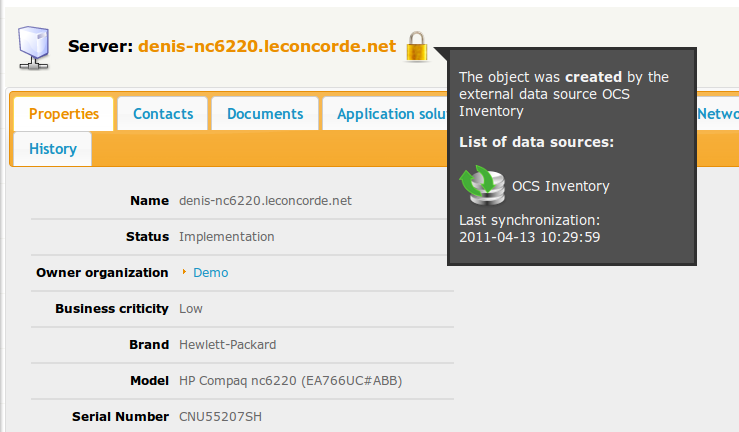 How does deletion work?

As soon as a record has been left untouched for a period of time greater than the full load interval, then it will be considered as “disappeared” (see the status tab), and the object will be deleted along with the record in the sync data table.

By default, the deletion is disabled. To enable this feature, edit your data source:

Note: the parameters Users allowed refers to the deletion of objects from within the GUI.

Why is this so complex?

This mechanism has been designed having in mind the following constraints:

As a consequence to these requirements, setting it up is not as intuitive as one could imagine.

How to import (file) documents

It is not possible to massively import documents in iTop using the CSV import feature, since obviously you cannot put a whole file into a CSV field. However it is possible to upload any kind of document using the data synchro feature, as long as you populate the document in the synchro_data_file_doc_xx table properly.

Note: in iTop the content of the FileDoc is stored in the database using 3 fields: content_data, content_filename and content_mimetype. All 3 fields MUST be populated for the data synchronization to create the document.

Assuming that you've created a Data Synchronization source as the following: 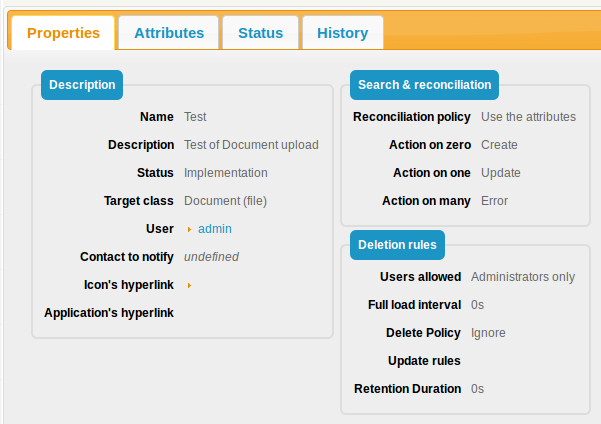 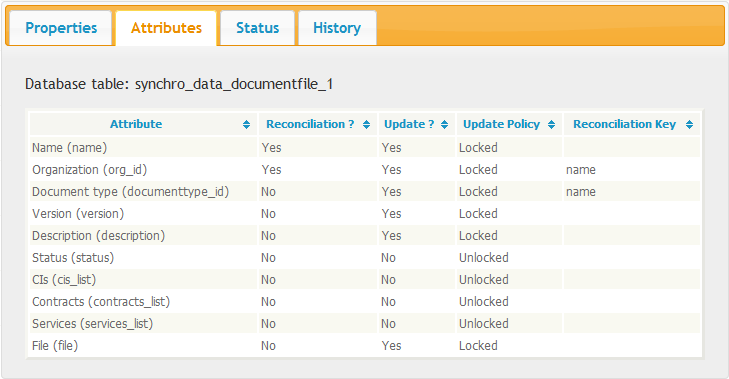 Then the following PHP example script 'do_one_upload.php' can be used to load the document /tmp/test.tgz into the table data_synchro_filedoc_1 in the database 'itop'.

You can run the script from the command line by typing

Once this is done, just run the synchronization of the iTop Data Source 1, by calling synchro_exec.php from the command line: